A retelling of the Arthurian legend of how Sir Gareth becomes a knight and rescues the lady imprisoned by the fearsome Red Knight of the Red Plain.

On the night of his final vigil before being knighted, Tiuri answers a request to deliver an urgent letter to a distant kingdom across the Great Mountains–a journey that will threaten his life and teach him the true meaning of what it is to be a knight.

A special horse named Hosanna changes the lives of two English brothers and those around them as they fight with King Richard I against Saladin’s armies during the Third Crusades.

A noble Dragon Fighter sets out on an expedition to fight the last dragon, inviting the reader along for the journey. Through shifting sands and tangled forests and past the whispering abyss, many awful perils are braved — witches, trolls, werewolves, ghost owls, scorpions, and vultures — but where is the dragon? Whether or not the reader is observant enough to read the subtle clues in the landscape and shadows, the final revelation of the elusive dragon’s whereabouts is sure to produce giggles and gasps of delight.

The Chosen, Tormod, aided by Aine and Bertrand, returns to France seeking other Gifted members of the Templar Order and striving to recover the relics he is bound to protect, while also hoping to find and rescue his brother, Torquil. 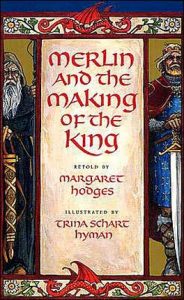 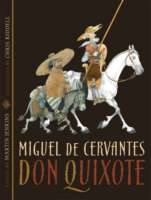 Scotland. 1307. Thirteen-year-old Tormod MacLeod is different. He knows things before they happen. Even his own brother treats him differently, and all Tormod can do is bide his time until he’s old enough to leave the village and make something of himself. His chance comes sooner than expected when a Templar knight asks him to deliver a secret message. But Tormod’s efforts end up endangering both their lives. What follows is a desperate journey to escape the army of King Philippe le Bel of France. If he is to survive, Tormod must learn to harness the powers within. “Kat Black is a refreshing voice in young adult fiction–wonderfully original, compelling, and thought-provoking.” –Allen Say “A fascinating book . . . with a depth of history. The blend of religion and the supernatural make this a very intriguing novel. Engrossing, well-researched, and well-told.” –Ed Masessa, Scholastic Book Fairs and author of #1 NY Times bestseller The Wandmaker’s Guidebook “A Templar’s Apprentice hooked me from the first page and never let up. With her amazing gift of bringing ancient settings to life, Black creates a world so complete that when I closed the book I could still feel its pull on me. With one surprising turn after the next, she brings the reader along on an exhilarating adventure of Templar Knights, a stolen map, a mysterious carved statue, and a brave boy with second-sight. I can’t wait for the next in the series.” —Wendy Mass, author of A Mango-Shaped Space

Never one to lose faith in his conviction that he is a knight from the books of chivalry, Don Quixote is up off his sickbed and back upon his faithful steed, Rocinante.Ã‚Â  At his side, the long suffering squire, Sancho Panza, endures the rigors of his station, as his master setsÃ‚Â out to right wrongs, defend the weak and on this final sally, disenchant his Lady Fair Dulcinea.

Digory, a gentle boy who likes to spend time alone in the forest and make up songs to sing, accidentally becomes a knight and reluctantly sets off to rescue damsels in distress, slay dragons, and marry a princess.