Told entirely through illustrations, Letters to a Prisoner is a wordless story about the power of hope and the written word. Inspired by Amnesty International’s letter-writing campaigns to help free people who have been jailed for expressing their opinion, the book tells the story of a man who is arrested during a peaceful protest. In solitary confinement, he begins to despair―until a bird delivers a letter of support written by somebody outside the prison. Every day more missives arrive until the prisoner escapes his fate on wings made of letters.

Giraffe is bored, as usual. He’d love a friend to share things with. So he writes a letter and sends it as far as possible across the other side of the horizon. There he finds a pen palPenguin.

In 1991, ten-year-old Nadja begins writing to her cousin in Minnesota, and over the next four years, her letters reveal the horrors of war in this former republic of Yugoslavia, while her cousin’s letters give Nadja and her family some hope.

When a nonprofit organization called Save the Girls pairs a fourteen-year-old Sudanese refugee with an American teenager from Richmond, Virginia, the pen pals teach each other compassion and share a bond that bridges two continents. 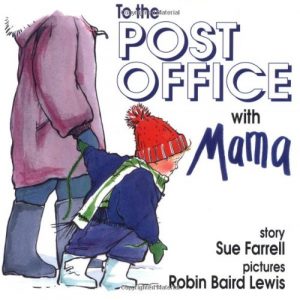 The text, told with simple and poetic language, exudes a sense of warmth and comfort. Two-year-old Shea tells about getting dressed up in her winter clothing and going to the post office with her mother to mail a letter to Nanny. Full color. 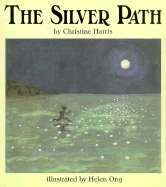 This tale tells of a young refugee and his mother through his letters to an English penfriend. Niko and Penny are pen pals on opposite sides of the world, but their lives are separated by more than distance. Penny lives in a peaceful world. Niko lives in a world racked by war. This moving and thought-provoking story conveys Niko’s unwavering hope for a better life and is told in simple words and pictures.

In this updated version of the Cinderella story, Cinderella writes letters to her dead mother apologizing for not being more assertive, which she remedies soon after marrying the prince. Readers will delight in following Cinderella through all the usual happenings, presented in a most unusual way. And they’ll finally see what becomes of her after she marries the prince. So maybe you should hear the story one last time. Because it’s actually way different than you might have thought. Kids who have outgrown picture books and are ready for something longer – but still love illustrated texts – will gravitate toward this Cinderella. Black-and-white silhouettes of everything from the ugly stepsisters to Cinderella’s slipper (actual size) are intermingled with Cinderella’s letters to her recently deceased mother in this totally original package, written and illustrated by an exciting newcomer to children’s books.

It isn’t that Abby Carson can’t do her schoolwork, it’s just that she doesn’t like doing it. And that means she’s pretty much failing sixth grade. When a warning letter is sent home, Abby realizes that all her slacking off could cause her to be held back — for real! Unless she wants to repeat the sixth grade, she’ll have to meet some specific conditions, including taking on an extra-credit project: find a pen pal in a foreign country. Simple enough (even for a girl who hates homework).Abby’s first letter arrives at a small school in Afghanistan, and Sadeed Bayat is chosen to be her pen pal…. Well, kind of. He is the best writer, but he is also a boy, and in his village it is not appropriate for a boy to correspond with a girl. So his younger sister dictates and signs the letter. Until Sadeed decides what his sister is telling Abby isn’t what he’d like Abby to know.As letters flow back and forth between Illinois and Afghanistan, Abby and Sadeed discover that their letters are crossing more than an ocean. They are crossing a huge cultural divide and a minefield of different lifestyles and traditions. Their growing friendship is also becoming a growing problem for both communities, and some people are not happy. Suddenly things are not so simple. 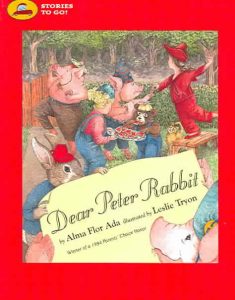 Is it possible that the world’s most popular storybook characters know each other? Alma Flor Ada charms readers with this story told through a collection of letters that reveal the friendship between favorite storybook characters. Bright illustrations capture the humor of the interwoven stories, where all the characters meet at a birthday party for Goldilocks. Full color.

In his letters to his favorite author, ten-year-old Leigh reveals his problems in coping with his parents’ divorce, being the new boy in school, and generally finding his own place in the world.