Pedro and George are fed up with the children of the world getting them confused. Pedro is a crocodile, and George is an alligator. There’s a difference, you know. This determined pair decides to go on a mission to prove who’s who, once and for all.

Unable to find anyone to play with, Mario agrees to help his Nana by watching cousin Gia, but caring for the toddler is challenging and Mario is near the end of his rope when he gets a reminder that spending time with family is a gift.

Would you eat a wormy, squirmy mud taco? Marissa loves her big brother, Mario. He always comes up with fun ideas. When playing in their nanas backyard, they decide to make some wormy, squirmy mud tacos. That gives Mario an idea how about some real tacos for lunch. Before long it is off to the store with Nana, but first they must pick up their cousins Rosie and Chico. When Chico starts acting like a hotshot to prove that he is a big kid, can his cousins, with the help of a few mud tacos, show him how to have some real fun?

In 1814 London, Gretchen must put aside annoyance at the constant buzzing caused by being a Whisperer, concern about her twin brother, her growing feelings for a member of the Order of Iron Nail, and the boredom of being a debutante when a new menace threatens Mayfair.

In 1991, ten-year-old Nadja begins writing to her cousin in Minnesota, and over the next four years, her letters reveal the horrors of war in this former republic of Yugoslavia, while her cousin’s letters give Nadja and her family some hope.

Cousins Sophia Grace and Rosie plan a show-stopping song and dance number for a talent show. 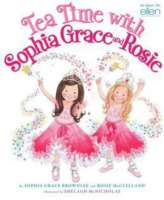 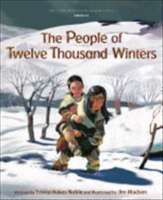 Teach children the all-important concept of family in these heartwarming pages of colorful and charming illustrations. Come along with Emma as she introduces all the members of her family while teaching the words for different relations, such as mother, father, aunt, uncle, cousin, etc. There’s a helpful pronunciation guide in the back of the book. Written by Gladys Rosa-Mendoza and illustrated by Jackie Snider.