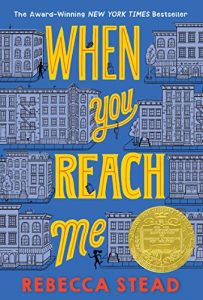 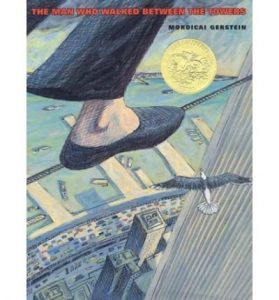 Tom, a huge and adventurous dinosaur, makes an entertaining trip to New York City, where he makes an indelible impression on the Big Apple.

Liberated for a year from her parents’ restrictions, ten-year-old Lucinda discovers true freedom in the care of her temporary guardians as she roller skates around the streets of turn-of-the-century New York. 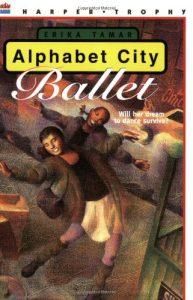 Marisol has always loved to dance–from the salsa at family parties to the boom boxes on Loisada Avenue. Then she wins a scholarship to ballet school and discovers an inspiring new world of beauty and discipline. When violence erupts in Alphabet City, Marisol’s dream starts to slip away. To keep dancing she must make heartbreaking choices–perhaps impossible ones. 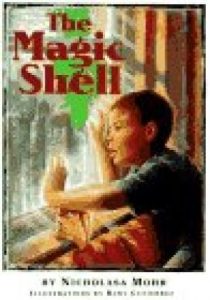 Living in two cultures – the Domonican Republic & New York – a kid learns to speak English as he overcomes his loneliness.

Henrietta Rich, a New York City teenager, spends a year in China when her father accepts a teaching position in Beijing.