An A to Z celebration of the world of ballet, from the renowned American Ballet Theatre.

A biography of Cuban ballerina Alicia Alonso. Alicia Alonso’s artistic achievements are remarkable, considering that she became partially blind and lost her peripheral vision at age nineteen. From childhood, she exhibited a passion for dancing, studying first in Cuba and later in New York City, where she became an overnight sensation in Giselle and was promoted to principal dancer in Ballet Theater. Returning to Cuba in 1948, she founded her own company, which eventually folded due to lack of funding. In 1959 the Cuban government gave her enough money to establish a new dance school, Ballet Nacional de Cuba, which Alonso directs to this day. In elegant free verse and stunning artwork rendered in watercolor, colored pencils, and lithograph pencils on watercolor paper, Carmen T. Bernier-Grand and Raúl Colón capture the seminal events in Alonso’s life. The back matter includes a biography, Alonso’s ballets, choreography, and awards, a glossary, sources, notes, and websites

Told in two voices, ballet dancer and private school student Isabelle Warren and poet and baseball star Alex Rosario grow closer after meeting on a subway, bonding over their parents’ expectations and their own dreams.

Young Julia struggles with the steps to the Afro-Puerto Rican dance known as bomba, but when she stops trying so hard and listens and feels the beat of the drums, she is able to relax, enjoy herself, and do the steps perfectly.

Set in New Jersey in 1984, Beatriz’s story is a timeless one of a teenager’s navigation of romance, her brother’s choices, and her own family’s difficult past. A companion novel to the much-lauded Like Vanessa.

In early 1940s Los Angeles, Mexican Americans Marisela and Lorena work in canneries all day then jitterbug with sailors all night with their zoot suit wearing younger brother, Ray, as escort until the night racial violence leads to murder. Includes historical note. 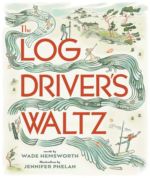 Based on the perennially popular Canadian folk song and animated short film of the same name, The Log Driver’s Waltz showcases a spunky, independent young woman whose parents are keen for her to marry. The town’s well-to-do doctors, merchants, and lawyers try to impress her, but it’s the humble log driver—with his style, grace, and joie de vivre—who captures her attention. When she and the log driver finally meet on the dance floor, their joy leaps off the page.

Award-winning author and illustrator Duncan Tonatiuh tells the story of Amalia Hernandez, dancer and founder of El Ballet Folklorico de Mexico. Published in time for the 100th anniversary of Hernandez’s birth, Danza! is the first picture book about the famous dancer and choreographer. Danza! is a celebration of Hernandez’s life and of the rich history of dance in Mexico. As a child, Amalia always thought she would grow up to be a teacher, until she saw a performance of dancers in her town square. She was fascinated by the way the dancers twirled and swayed, and she knew that someday she would be a dancer, too. She began to study many different types of dance, including ballet and modern, under some of the best teachers in the world. Hernandez traveled throughout Mexico studying and learning regional dances. Soon she founded her own dance company, El Ballet Folklorico de Mexico, where she integrated her knowledge of ballet and modern dance with folkloric dances. The group began to perform all over the country and soon all over the world, becoming an international sensation that still tours today. Duncan Tonatiuh’s picture books have been honored with many awards and accolades, including the Pura Belpre Award, the Robert F. Sibert Award, and the New York Times Best Illustrated Book Award. With Tonatiuh’s distinctive Mixtec-inspired artwork and colorful drawings that seem to leap off the page, Danza! will enthrall and inspire young readers with the fascinating story of this important dancer and choreographer.

A young mouse must save her production of The Nutcracker in a charming holiday tale from the author of The Gingerbread Pirates and the illustrator of A Series of Unfortunate Events. 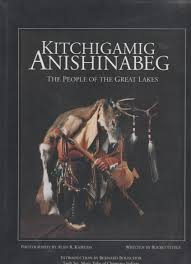