Twelve-year-old Captain Scarlet McCray rescues Jem Fitzgerald and offers to help find his Uncle Finn’s treasure in hopes of entertaining her crew, the infamous Lost Souls, and possibly persuading Jem to join them.

Eleven-year-old Zac follows his grandmother into the magical world of dreams called Nocturne, where Dream Pirates led by Shadow are spreading dark magic that creates nightmares, and it is up to Zac and new friends to foil the evil plan.

The Jolley-Rogers have traded in the high seas for suburban life. Meet the Jolley-Rogers – a pirate family who is moving to Dull-on-Sea, a quiet seaside town, while they fix up their ship. This unusual family soon has the whole neighborhood gossiping. Defying the grown-ups, Matilda becomes friends with young pirate Jim Lad. When the Jolley Rogers return to sea, the town realizes that they were wrong to assume the worst when it is discovered that the pirates have buried treasure in everyone’s yard. The neighbors are thrilled, but Matilda is sad to have lost her new friend, until she discovers her own treasure – a pen pal!

A stirring tale of rousing old-fashioned adventure, THE DAGGER QUICK is the story of twelve-year-old Christopher, a boy with a clubfoot seemingly doomed to follow in the boring footsteps of his father as a cooper in 17th century England. That is, until he meets his uncle- William Quick, infamous pirate, and the only man ever crazy enough to steal from the infamous Governor of Jamaica. With his mother kidnapped, his father murdered, and Christopher unjustly blamed for the crime, he has no choice but to set off on a dangerous seafaring adventure with bounty hunters on his trail and his only ally an uncle he hardly knows. 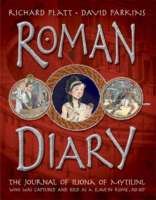 It is the summer of 1588 and a pair of unlikely shipmates is traveling on the Vixen, a privateer that will soon be drafted to join a flotilla of English ships bound for a fiery clash with the Spanish Armada. Seventeen-year-old Sherwin is aboard to repay a debt he owes the ship’s roguish captain, Brandon Fletcher. Sixteen-year-old Katharine is sailing with them in a desperate bid to save her noble family’s fortune. The fight will be harrowing and bloody, and the unfolding tumult will challenge the character of both Sherwin and Katharine, who are about to discover the deeper meaning of strife and of honor. This fascinating tale affords an unusual view of one of the most important naval encounters in history, as a kindling romance between two young people takes place amidst a reluctant race to battle.

Twelve-year-old Milagros barely survives an invasion of her tiny, Caribbean island home, escapes with the help of mysterious sea creatures, reunites briefly with her pirate-father, and learns about a mother’s love when cast ashore on another island.

Jolly, Griffin, and their pirate friends are back, battling to save the world from the evil Maelstrom. Griffin leaves his magic room in the belly of a giant whale to take on the lord of the kobalins. Princess Sole dad fights to protect the sea star city and encounters an awe-inspiring serpent god. Together, Jolly and Munk make their way underwater to reach the center of the Maelstrom. There they meet the beautiful Aina, who is a polliwog like themselves but from an ancient time. Is she a girl or a ghost? A friend or an enemy?While the battle for the sea star city is raging, Jolly learns the shocking truth about Aina. As Jolly begins to understand the past, she realizes what she must do to save the whole Caribbean.

A thousand miles ago, in a country east of the jungle and south of the mountains, there lived a firework-maker named Lalchand and his daughter, Lila. Lila’s learned from her father almost all there is to know about making fireworks. But he’s held back the final secret, the most dangerous one, saying Lila’s not ready to know. Not to be deterred, the headstrong girl enlists the help of her friend Chulak, and discovers that anyone who wants to be a true Firework-Maker must face down the Fire-Fiend of Mount Merapi, and bring back some of the Royal Sulphur. So Lila sets off fearlessly, ready to face pirates and demons and anything else that gets in her way.

Pullman is the author of the Golden Compass and Clockwork.