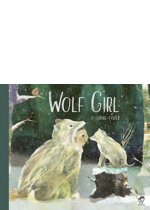 Sophy is a shy girl who struggles to fit in in the outside world. She is happiest at home, playing in her wolf suit in her den. It makes her feel strong like a wolf, fierce like a wolf, and maybe even a little bit brave like a wolf. 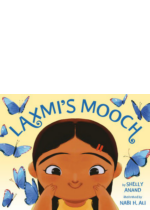 After Laxmi’s Friend Zoe Points Out The Hairs On Her Lip, Laxmi Is Very Self-conscious Until Her East Indian Parents Help Her To Accept And Celebrate Her Appearance.

Jo Jo Makoons Azure is a spirited seven-year-old who moves through the world a little differently than anyone else on her Ojibwe reservation. It always seems like her mom, her kokum (grandma), and her teacher have a lot to learn–about how good Jo Jo is at cleaning up, what makes a good rhyme, and what it means to be friendly. Even though Jo Jo loves her #1 best friend Mimi (who is a cat), she’s worried that she needs to figure out how to make more friends. Because Fern, her best friend at school, may not want to be friends anymore.

Bugz is caught between two worlds. In the real world, she’s a shy and self-conscious Indigenous teen who faces the stresses of teenage angst and life on the Rez. But in the virtual world, her alter ego is not just confident but dominant in a massively multiplayer video game universe.
Feng is a teen boy who has been sent from China to live with his aunt, a doctor on the Rez, after his online activity suggests he may be developing extremist sympathies. Meeting each other in real life, as well as in the virtual world, Bugz and Feng immediately relate to each other as outsiders and as avid gamers. And as their connection is strengthened through their virtual adventures, they find that they have much in common in the real world, too: both must decide what to do in the face of temptations and pitfalls, and both must grapple with the impacts of family challenges and community trauma.
But betrayal threatens everything Bugz has built in the virtual world, as well as her relationships in the real world, and it will take all her newfound strength to restore her friendship with Feng and reconcile the parallel aspects of her life: the traditional and the mainstream, the east and the west, the real and the virtual. 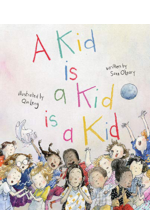 Being the new kid is hard, a child in the school playground tells us. I can think of better things to ask than if I’m a boy or a girl. Another child comes along and says she gets asked why she always has her nose in a book. Someone else gets asked where they come from.

Meet Erik Sheepflattener. Each member of his modern-day Viking-heritage family has a motto to live by. His parents have Family and Pride. His sisters have Conquer and Win. His grandfather has Turnip. But Erik is developing a motto he can truly believe in: Avoid Stuff.
Mostly, Erik’s fierce family ignores or discounts him, especially when he tries to say no. But while spending the summer with his rough-and-tumble cousins and older sister Brunhilde in Minnesota, axe-wielding Bru gets the idea to name and Conquer all of Erik’s fears. Will anyone hear him say no before it’s too late? And will Erik end up defined by his fears, or by his fearless family?

When her twin sister reaches social media stardom, Moon Fuentez accepts her fate as the ugly, unwanted sister hidden in the background, destined to be nothing more than her sister’s camerawoman. But this summer, Moon also takes a job as the “merch girl” on a tour bus full of beautiful influencers and her fate begins to shift in the best way possible.

Zonia’s home is the Amazon rain forest, where it is always green and full of life. Every morning, the rain forest calls to Zonia, and every morning she answers. She visits the sloth family, greets the giant anteater, and runs with the speedy jaguar. But one morning, the rain forest calls to her in a troubled voice. How will Zonia answer? Acclaimed author-illustrator Juana Martinez-Neal explores the wonders of the rain forest with Zonia, an Ashaninka girl, in her joyful outdoor adventures. The engaging text emphasizes Zonia’s empowering bond with her home, while the illustrations-created on paper made from banana bark-burst with luxuriant greens and delicate details. Illuminating back matter includes a translation of the story in Ashaninka, information on the Ashaninka community, as well as resources on the Amazon rain forest and its wildlife.

Everyone has a passion. For some, it’s music. For others, it’s art. For our heroine, it’s math. When she looks around the world, she sees math in all the beautiful things: the concentric circles a stone makes in a lake, the curve of a slide, the geometric shapes in the playground. Others don’t understand her passion, but she doesn’t mind. There are infinite ways to see the world. And through math is one of them.
This book is a gorgeous ode to something vital but rarely celebrated. In the eyes of this little girl, math takes its place alongside painting, drawing and song as a way to ponder the beauty of the world.