In 1941, bombs drop from the night skies of London, demolishing the apartment Nick Freestone lives in with his mother. Deciding the situation in England is too unstable, Nick’s mother sends him to live with his father in Burma, hoping he will be safer living on the family’s teak plantation. But as soon as Nick arrives, trouble erupts in this remote Burmese elephant village. Japanese soldiers invade, and Nick’s father is taken prisoner. Nick is stranded on the plantation, forced to work as a servant to the new rulers. As life in the village grows more dangerous for Nick and his young friend, Mya, they plan their daring escape. Setting off on elephant back, they will risk their lives to save Nick’s father and Mya’s brother from a Japanese POW camp. In this thrilling journey through the jungles of Burma, Roland Smith explores the far-reaching effects of World War II, while introducing readers to the fascinating world of wild timber elephants and their mahouts.

Anna is not sure who Hitler is, but she sees his face on posters all over Berlin. Then one morning, Anna and her brother awake to find her father gone! Her mother explains that their father has had to leave and soon they will secretly join him. Anna just doesn’t understand. Why do their parents keep insisting that Germany is no longer safe for Jews like them? Because of Hitler, Anna must leave everything behind. Based on the gripping real-life story of the author, this poignant backlist staple gets a brandnew look for a new generation of readers just in time for Holocaust Remembrance Month. 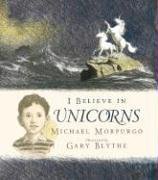 A tale of the transformative power of stories. Eight-year-old Tomas hates reading. He would much rather be clambering around his beloved mountains. But when his mother forces him to visit the library, he can’t help but listen to the enchanting tales the librarian spins as she sits on a lifelike wooden unicorn. When war comes to their village, it is Tomas’s newfound love of books that helps save the library’s holdings from destruction. Set against a backdrop of encroaching war, the book is an eloquent reminder of the power of storytelling to alter our lives.

It’s been two years since fifteen-year-old Roberto was kidnapped and forced to work in a German labor camp. After finally escaping, he’s made his way back to Italy. Roberto is desperate to return to the safety of his family, but how can he turn his back on the war while so many people are suffering? Roberto joins the resistance movement, and smuggles guns and secret information to rebel fighters. Every mission takes him closer to home, but every mission is even more dangerous than the last. Will Roberto survive and make his way home? 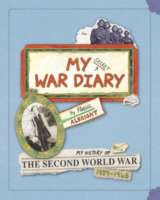 When nine-year-old Flossie starts her diary and scrapbook on July 27, 1939, her mother has already died and her father has just joined the Dorsetshire Regiment. The Second World War ends for Flossie on August 14, 1945, when her father comes home.

Yuko’s grandmother remembers that when she was a little girl many years ago in Japan, her town’s beautiful temple bell was taken away to be used as scrap metal for the war effort. She thought she’d never see it again. After the war the bell was brought to America by a U. S. Navy crew who found it abandoned in a Japanese shipyard. Most amazing of all, the bell was later returned to Japan as a gesture of friendship between the former warring countries.

One family’s story of survival in postwar Hungary, 1948. In Budapest after the war, when Kata’s family first returns from hiding, they are glad to be alive and hopeful that life will improve. But the secret police is questioning everyone about their loyalty to the Hungarian Workers Party, and conditions seem to be worsening. The eleven-year-old doesn’t understand why her brother Bela is acting so differently or why he hasn’t come home from his recent excursion. Her father used to own the factory, but now, as an employee, his wages continue to fall. She helps her mother sew the bears they will sell on the black market, but when Kata learns that Bela has escaped the country, she grows angry and sad. In time, she hopes that Bela will make it to America and will send for his family.

Sun-hee and her older brother Tae-yul are proud of their Korean heritage. Yet they live their lives under Japanese occupation. All students must read and write in Japanese and no one can fly the Korean flag. Hardest of all is when the Japanese Emperor forces all Koreans to take Japanese names. Sun-hee and Tae-yul become Keoko and Nobuo. Korea is torn apart by their Japanese invaders during World War II. Everyone must help with war preparations, but it doesn’t mean they are willing to defend Japan. Tae-yul is about to risk his life to help his family, while Sun-hee stays home guarding life-and-death secrets.

This unusual first novel is based on true accounts of the imprisonment of American citizens in Japanese detention camps in the Philippines during World War II. Louise Keller travels with her missionary family to the Philippines on the eve of Pearl Harbor. At first the country seems like paradise, but soon Louise and her family are captured by the Japanese and forced to live in internment camps. An exciting and thought-provoking novel about human strength and weakness in wartime Jane Hertenstein will donate a portion of her royalties for this book to help build houses for residents of Smokey Mountain, a large garbage dump in Manila where hundreds of people live under scraps of metal and cardboard.

During World War II a Jewish boy is left on his own for months in a ruined house in the Warsaw Ghetto, where he must learn all the tricks of survival under constantly life-threatening conditions.