While making a mud house for her hornet egg, a wasp follows a human child thoughout his day as he works in a Brazilian charcoal mine. 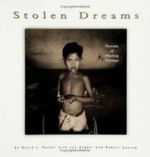 By that day, thirteen-year-old Yuming has lost hope that the note she stashed in the purse will ever be found. She may be stuck sewing in the pale pink factory outside of Beijing forever. Clara grows more and more convinced that she was meant to find Yuming’s note. 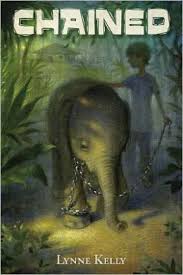 After 10-year-old Hastin’s family borrows money to pay for his sister’s hospital bill, he leaves his village in northern India to take a job as an elephant keeper and work off the debt. He thinks it will be an adventure, but he isn’t prepared for the cruel circus owner. The crowds that come to the circus see a lively animal who plays soccer and balances on milk bottles, but Hastin sees Nandita, a sweet elephant and his best friend, who is chained when she’s not performing and hurt with a hook until she learns tricks perfectly. Hastin protects Nandita as best as he can, knowing that the only way they will both survive is if he can find a way for them to escape.

A young Bangladeshi girl who helps support her family by working in a brickyard finds a way to make her dream of going to school and learning to read a reality. 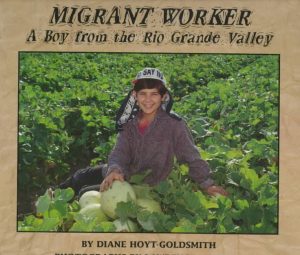 Describes the way of life of Mexican American families and their children who work as migrant agricultural laborers in Texas.

Pressed into service as a canal woman, 10-year-old Emma finds ways to utilize her artistic gifts. Although it is a better existence than her strenuous job in the English silk mill, she feels guilty over the sister she left behind. Authentic details make this an engaging story–one that reveals the hardships of the mid-1800s when life for the poor in England was unrelentingly cruel. It is also a liberating tale as Emma draws on her inner strength to find her true calling.

Since remote times, the dance has played an essential part in the life of the Mexican people. The variety of dances executed in Mexico in the present day is incredible–this booklet describes the costumes and history behind fourteen dances.

Isa plants an avocado and enjoys taking care of her little tree until a typhoon comes and blows it down. As life slowly returns to normal after the storm, Isa is comforted by new life all around her–and a new avocado seed.