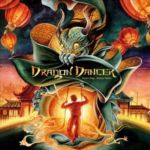 On the eve of Chinese New Year, Yao wakes the ancient sky dragon, Shen Long, from his year-long sleep, propelling Yao on a magical journey through the skies to battle the bad luck of the previous year and usher in the good.

The kingdom of Goredd: a world where humans and dragons share life with an uneasy balance, and those few who are both human and dragon must hide the truth. Seraphina is one of these, part girl, part dragon, who is reluctantly drawn into the politics of her world. When war breaks out between the dragons and humans, she must travel the lands to find those like herself—for she has an inexplicable connection to all of them, and together they will be able to fight the dragons in powerful, magical ways.

A timid little ghost searches for a safe place to haunt.

When young Arthur is troubled by dreams, Merlin tells him a story about a fatherless boy who himself dreamed about dragons and the defeat of the evil king Vortigern.

The fate of feudal Japan hangs in the balance in this bloody conclusion to the epic trilogy. Taro is at a crossroads: He has vanquished Lord Oda for good, but with no land and no title, he has no hope of marrying Hana, the daughter of a daimyo. So when Taro receives news of a murderous dragon and the large reward for killing it, he and his friends find themselves on a dangerous quest to slay the beast. Their mission has the potential to save the people of Japan—but failure will result in the deaths of thousands. And dragons are not the only monsters they will encounter: The dead, led by the odious Kenji Kira, have begun to rise, and they have Taro in their sights. In this heart-stopping conclusion to the Blood Ninja trilogy, the future of all feudal Japan is in danger, and everything Taro holds dear will be threatened. But it is the betrayal of flesh and blood—his own flesh and blood—that may be his ultimate undoing. 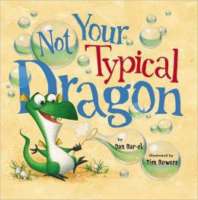 When Crispin Blaze turns seven, he’s expected to breathe fire like all the other dragons. But instead of fire, he breathes a host of unusual things.

In a world where dragons and humans coexist in an uneasy truce and dragons can assume human form, Seraphina, whose mother died giving birth to her, grapples with her own identity amid magical secrets and royal scandals, while she struggles to accept and develop her extraordinary musical talents.

While the NEW YORK TIMES bestselling Last Dragon Chronicles has come to a close, husband and wife Chris and Jay d’Lacey have collaborated on RAIN & FIRE, a fabulous companion to the series. Fans will be able to explore d’Lacey’s fiery world one last time as they uncover secrets behind all seven books and gain insight into the characters they thought they already knew. Revealing the inspiration behind the dragons and full of fun facts, little-known tidbits, informative glossaries, and never-before-seen images, RAIN & FIRE is sure to be a crowd-pleaser — the perfect treat for devoted fans of the series who are hungry for more!

When Flaxfield the great wizard dies, his apprentice Sam is left without a master. Sam has great power–but he doesn’t know it yet. All he knows is that he needs a new master if he wants to finish his education in magic. With his dragon Starback at his side, Sam sets out alone on his quest. But there are those who want Sam’s power for themselves, dangerous forces who are waiting for his first mistake so they can attack. When Sam is tricked into making a mortal error, only Starback can save him, thanks to a bond between them that is deeper than either of them know. With a strong sense of adventure and a lyrical writing style, Toby Forward has created a page-turning, accessible fantasy with the literary quality of a classic.

On Earth, at the battle of Scuffenbury Hill, time has been suspended. Dragons and their natural enemies, the Ix, are trapped in a bitter, unresolved conflict. But at the dawn of history, something is working to change the past — and the future. A mysterious force is rewriting the timelines, turning what was once legend into startling reality. But is David Rain strong enough to save himself and those he loves from being written into a deadly new destiny? David, Zanna, Lucy, Alexa, and the Pennykettle dragons return, along with some new friends and enemies, to embark on their most dangerous, most thrilling, and most magical adventure yet. Bridging the magic of the first five books with the world and characters introduced in FIRE WORLD, this fiery and action-packed final installment of the Last Dragon Chronicles will have readers racing to the exciting conclusion.