In 1940, when Simona is eight and her sister, Carolina, is five, their father becomes the cook to the Italian ambassador to Japan, and the family leaves Italy for Tokyo. The girls learn perfect Japanese, make friends, and begin to love life in their new home. But soon Japan is engaged in a world war. In 1943, when all Italians in Japan are confined to internment camps as enemy aliens, Papà and the girls are forced to part, and Simona and Carolina embark on a dramatic journey. Anyone who aids them could be arrested for treason. All the sisters have is each other: their wits, courage, and resilience, and the hope that they will find people who see them not as the enemy, but simply as children trying to survive.

They Called Us Enemy has been discussed in My Take/Your Take for August 2020.

They Called Us Enemy has been featured as a WOW Recommends Book of the Month.

This novel for middle readers takes place in a Japanese internment camp in China in WWII, where thirteen-year-old Gwen follows the Girl Guide code in order to survive.

The story is set against the backdrop of an atmosphere of increasing hostility and racist attacks upon the Japanese community that culminates in the internment. Then Michiko and her family are sent away. With such enormous barriers between them, Esther and Michiko are left to their own devices as to how to mend their friendship.

Following a kayaking accident, a man experiences the feelings of Japanese-American children interned during World War II and children on Indian reservations.

Take a closer look at Home of the Brave as examined in WOW Review. 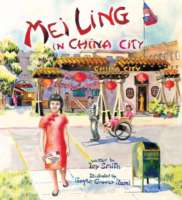 Twelve-year-old Sumiko feels her life has been made up of two parts: before Pearl Harbor and after it. The good part and the bad part. Raised on a flower farm in California, Sumiko is used to being the only Japanese girl in her class. Even when the other kids tease her, she always has had her flowers and family to go home to.

That all changes after the horrific events of Pearl Harbor. Other Americans start to suspect that all Japanese people are spies for the emperor, even if, like Sumiko, they were born in the United States! As suspicions grow, Sumiko and her family find themselves being shipped to an internment camp in one of the hottest deserts in the United States. The vivid color of her previous life is gone forever, and now dust storms regularly choke the sky and seep into every crack of the military barrack that is her new “home.”

Sumiko soon discovers that the camp is on an Indian reservation and that the Japanese are as unwanted there as they’d been at home. But then she meets a young Mohave boy who might just become her first real friend…if he can ever stop being angry about the fact that the internment camp is on his tribe’s land.

Weedflower is reviewed in WOW Review: Reading Across Cultures, Volume I, Issue 2.