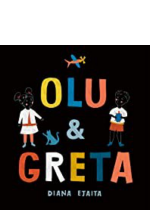 Olu lives in Lagos, Nigeria; his cousin, Greta, lives in Milan, Italy. Though their lives may be different, their ways of living and playing are quite similar. They both roller skate; they both skip down the street; they both play with toy trains, trucks, and boats… and they both dream of meeting and being together 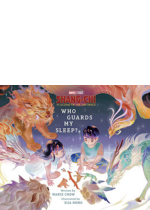 A beautifully illustrated picture book that will explore the fantastical elements of the Marvel Studios film Shang-Chi and the Legend of the Ten Rings while introducing readers to a child-aged Shang-Chi and his family.

They Called Us Enemy has been discussed in My Take/Your Take for August 2020.

They Called Us Enemy has been featured as a WOW Recommends Book of the Month.

Balcony on the Moon follows Ibtisam Barakat through her childhood and adolescence in Palestine from 1972-1981 and chronicles her desire to be a writer.

At the age of 8, Reyna Grande made the dangerous and illegal trek across the border from Mexico to the United States, and discovered that the American Dream is much more complicated that it seemed.

Antonio feels lucky to have found a good job as a messenger, where his richly blended cultural background is an asset. Through his work he meets Wing, a young Chinese fruit seller who barely escaped the anti-Asian riots in San Francisco, and his sister Fan, a talented singer. With injustice all around them, the three friends are determined that violence will not be the only way to gain liberty.

Antonio lived deep in the woods on the edge of a lake in a hotel that his mother ran. What Antonio loved most of all was exploring the woods, hoping to signs of the animals who lived there, but the animals always remained hidden, fearful of people.

By the time WWII ended in Europe, the Blumenthal family–Marion, her brother Albert, and their parents–had lived in a succession of refugee, transit, and prison camps for more than six years, not only surviving but staying together. This memoir is written in spare, powerful prose that vividly depicts the endless degradation and humiliation suffered by the Holocaust’s innocent victims, as well as the unending horror of life in the camps.

To the outside world, Tom Pryne is an orphan traveling Elizabethan England with his uncle-s theater troupe. In actuality, -Tom- is Viola, in disguise because her parents- Catholic sympathies have put them at odds with the law and forced them into hiding. When the troupe arrives in the sleepy little town of Stratford-on-Avon, Viola-s uncle is arrested for murder, and she joins forces with young Will Shakespeare, a local boy with a penchant for trouble and a smart turn of phrase, to uncover the real culprit.