When seventeen-year-old Jay Reguero learns his Filipino cousin and former best friend, Jun, was murdered as part of President Duterte’s war on drugs, he flies to the Philippines to learn more.

Meet Louis, a young boy who shuttles between his alcoholic dad and his worried mom, and who, with the help of his best friend, tries to summon up the courage to speak to his true love, Billie.

A young man is on a dangerous mission that will secure his future … or leave him dead. With all the suspense of a fast-paced movie, this gripping novel about Diego’s treacherous journey across borders, is also a moving story about a boy’s crossing into manhood.

A new drug is on the street. Everyone’s buzzing about it. Take the hit. Live the most intense week of your life. Then die. It’s the ultimate high at the ultimate price. Adam thinks it over. He’s poor, and doesn’t see that changing. Lizzie, his girlfriend, can’t make up her mind about sleeping with him, so he can’t get laid. His brother Jess is missing. And Manchester is in chaos, controlled by drug dealers and besieged by a group of homegrown terrorists who call themselves the Zealots. Wouldn’t one amazing week be better than this endless, penniless misery? After Adam downs one of the Death pills, he’s about to find out.

This is the story of a wild girl and a ghost girl; a boy who knew nothing and a boy who thought he knew everything. It’s a story about Skylark Martin, who lives with her father and brother in a vintage record shop and is trying to find her place in the world. It’s about ten-year-old Super Agent Gully and his case of a lifetime. And about beautiful, reckless, sharp-as-knives Nancy. It’s about tragi-hot Luke, and just-plain-tragic Mia Casey. It’s about the dark underbelly of a curious neighborhood. It’s about summer, and weirdness, and mystery, and music. And it’s about life and death and grief and romance.

Darren took the fall for Diamond Tony, the notorious head of the city’s drug cartel. Two years later, Darren’s finally out of juvie—and determined to get even. Working as an informant for the police, Darren infiltrates Diamond Tony’s operation. But falling for sweet, innocent Jessica was not part of that plan. She’s a distraction—and a liability. She’s also everything Darren dreamed about while he was locked up, and with her, he has the promise of a fresh start. When a deadly turf war breaks out between Diamond Tony and the Bloods, Darren gets caught in the crossfire. The cops think he’s playing both sides, and any mistake could be his last. Darren has to stay on his game if he’s going to protect Jessica—and if he’s going to stay alive. 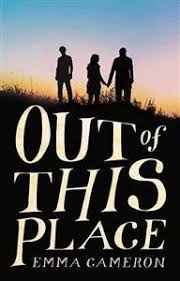 Luke spends his days hanging out at the beach, working shifts at the local supermarket, and trying to stay out of trouble at school. His mate Bongo gets wasted, blocking out memories of the little brother that social services took away from his addict mom and avoiding the stepdad who hits him. And Casey, the girl they both love, longs to get away from her strict, controlling father and start anew in a place where she can be free. Set in Australia and narrated in alternating points of view, here is an affecting look at the evolving lives of three friends.