Pairing two seemingly disparate elements an orchestra conductor and a grove of trees award-winning artist Laetitia Devernay herself orchestrates a visual magnum opus. Her spare, yet intricate, illustrations truly appear to take flight before our eyes and her wordless narrative nearly roars with sound as the conductor prompts the leaves to rustle, then whirl, then swirl to unexpected life with each turn of the page. It is a celebration of creativity, imagination, storytelling, and the renewing power of nature that will entrance readers of every age. 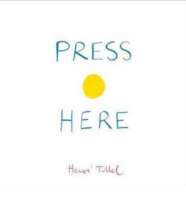 Press the yellow dot on the cover of this book, follow the instructions within, and embark upon a magical journey! Each page of this surprising book instructs the reader to press the dots, shake the pages, tilt the book, and who knows what will happen next! Children and adults alike will giggle with delight as the dots multiply, change direction, and grow in size! Especially remarkable because the adventure occurs on the flat surface of the simple, printed page, this unique picture book about the power of imagination and interactivity will provide read-aloud fun for all ages!

In 1793, Eugenie de Boncoeur arrives at the home of her English uncle and cousin, but the French Revolution has pursued her in the form of Guy Deschamps, who is determined to bring her back to Paris to marry the Pale Assassin.

In the third installment of the Century Quartet, Italian author P. D. Baccalario continues the mystery that will take four cities and four extraordinary kids to solve.

When new information turns up about the Star of Stone, the object they found in New York, Mistral, Elettra, Harvey, and Sheng meet again in Paris. Harvey brings the stone to show to his dad’s archaeologist friend. And it turns out that the friend knows much more about the kids’ quest than they could have imagined. She gives them a clock that once belonged to Napoléon, and she tells them that if they can figure out how it works, it will lead them to another object of power. The clock sends the kids all over Paris, through old churches and forgotten museum exhibits, in search of an artifact linked to the Egyptian goddess Isis. But a woman with a penchant for venomous snakes and carnivorous plants—and her vast network of spies—is watching their every move.

This book introduces the different culinary regions of France and presents many kids of recipes for traditional French dishes.

An old tramp, adopted by three fatherless children when their mother hides them under a bridge on the Seine, finds a home for mother and children and a job for himself.

When his mother dies, a little boy is angry at his loss but does everything he can to hold onto the memory of her scent, her voice, and the special things she did for him, even as he tries to help his father and grandmother cope. 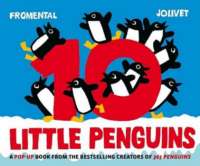 This inventive pop-up, featuring the mischievous stars of Jean-Luc Fromental and Joëlle Jolivet’s 365 Penguins, starts with ten penguins on an icy shore. One by one, they playfully disappear from the scene as the text counts down from ten to zero. The flaps embedded in the book facilitate the story—readers can make the penguins disappear and reappear! It’s a stylish, humorous take on a counting book with winter-friendly, penguin-filled pop-ups.

Born into a travelling gypsy family, young Django Reinhardt taught himself guitar at an early age. He was soon acclaimed as the “Gypsy Genius” and “Prodigy Boy,” but one day his world changed completely when a fire claimed the use of his fretting hand. Folks said Django would never play again, but with passion and perserverance he was soon setting the world’s concert stages ablaze. Bonnie Christensen’s gorgeous oil paintings and jazzy, syncopated text perfectly depict the man and his music.

In Paris with his parents to sell family heirlooms, fourteen-year-old Greg Rich suddenly finds himself four hundred years in the past, and is aided by boys who will one day be known as “The Three Musketeers.”