George Washington was one of the greatest leaders the world has ever known. He was never afraid to be the first to try something, from exploring the woods around his childhood home to founding a brand new nation, the United States of America. With his faith in the American people and tremendous bravery, he helped win the Revolutionary War and became the country’s first president. Each picture book in this series is a biography of a significant historical figure, told in a simple, conversational, vivacious way, and always focusing on a character trait that makes the person a role model for kids. The heroes are depicted as children throughout, telling their life stories in first-person present tense, which keeps the books playful and accessible to young children. And each book ends with a line of encouragement, a direct quote, photos, a timeline, and a source list.

Bart is an eternal optimist. At thirteen years old, he’s had a hard life. But Bart knows that things won’t get any better if you have a negative attitude. His mother has pushed him into boxing lessons so that Bart can protect himself, but Bart already has defense mechanisms: he is relentlessly positive…and he loves opera.

A retelling of the Grimm tale featuring a handsome prince who is put into a deep sleep by a curse until he is awakened by the kiss of a brave princess. 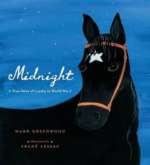 Elena Rudina lives in the impoverished Russian countryside. Her father has been dead for years. One of her brothers has been conscripted into the Tsar’s army, the other taken as a servant in the house of the local landowner. Her mother is dying, slowly, in their tiny cabin. And there is no food. But then a train arrives in the village, a train carrying untold wealth, a cornucopia of food, and a noble family destined to visit the Tsar in Saint Petersburg — a family that includes Ekaterina, a girl of Elena’s age. When the two girls’ lives collide, an adventure is set in motion, an escapade that includes mistaken identity, a monk locked in a tower, a prince traveling incognito, and — in a starring role only Gregory Maguire could have conjured — Baba Yaga, witch of Russian folklore, in her ambulatory house perched on chicken legs.

Mighty Monster Mysteries! Roberto and his mother made thirty dozen confetti-filled eggs, or cascarones, for his birthday party. Roberto can’t wait to crack the hollowed, painted and confetti-stuffed eggs over his friends’ heads. But, when he goes to the kitchen to get the cascarones, they’re gone! The only clue they ever existed is a trail of confetti that leads to a shadow.

As a child, Martin was brought to the stronghold of Badrang the Tyrant, forced into enslavement behind its massive walls. But he was strong. He was brave. And mere escape was not his plan, as long as his father’s sword rested in Badrang’s ruthless fist.