Discover more than 160 exhibits in this virtual museum, open all hours.

In 1992, a young boy whose father is away at war discovers, from their flower stall, the power of beauty and kindness in the wake of the bombing of Sarajevo.

When Hee Jun’s family moves from Korea to West Virginia, he struggles to adjust to his new home. His eyes are not big and round like his classmates’, and he can’t understand anything the teacher says, even when she speaks s-l-o-w-l-y and loudly at him. As he lies in bed at night, the sky seems smaller and darker. But little by little Hee Jun begins to learn English words and make friends on the playground. And one day he is invited to a classmate’s house, where he sees a flower he knows from his garden in Korea — mugunghwa, or rose of Sharon, as his friend tells him — and Hee Jun is happy to bring a shoot to his grandmother to plant a “piece of home” in their new garden. Lyrical prose and lovely illustrations combine in a gentle, realistic story about finding connections in an unfamiliar world. 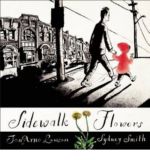 In this wordless picture book, a little girl collects wildflowers while her distracted father pays her little attention. Each flower becomes a gift, and whether the gift is noticed or ignored, both giver and recipient are transformed by their encounter.

In summertime the world is green, and the straight rows of grain in tilled fields show the results of the farmers’ hard work. On the sides of the fields, red poppies grow–they are a summer joy for everyone to appreciate. In poetic language and rich full-color illustration, the author pays tribute to the every day miracle of plants and flowers. 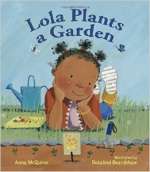 After Lola reads a book of garden poems, she wants to plant some flowers. She gets books from the library and chooses her plants. Then Lola and her mommy buy the seeds, make the garden, and mark the rows. Now it’s time to wait. . . .

After falling off his horse, General Jodpur discovers the beauty of flowers and nature and vows to change the world around him by bringing peace.

Many girls are named after flowers (or even forms of the word “flower,” such as Flora). Girls’ names in different languages accompany her imaginative illustrations of flowers, so that the reader discovers, for example, that Gul means rose in Turkish, but that it is Rosa in Spanish and Rodanthe in Greek. Flowers named in the book include rose, heather, buttercup, sunflower, lily of the valley, daisy, bluebell, snowdrop, hyacinth, myrtle, camomile, cherry blossom, jasmine, violet, tulip, poppy. This can be used in the classroom to talk about culture, language and botany.

Join the tiny seed on an adventure as it becomes a giant flower! 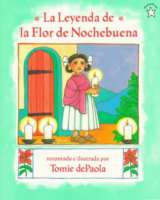 When Lucida is unable to finish her gift for the Baby Jesus in time for the Christmas procession, a miracle enables her to offer the beautiful flower we now call the poinsettia.