When the class visits the marae they have lots to learn and lots to do. And they have lots of fun! This is a wonderful story about what to expect when visiting a marae.

An older lady discovers that her house is infested with dragons! Shocked, she’ll try everything to scare them away: cold water, or poison. But nothing worked. Until one day her grandson payed her a visit: for the child, those beings will be fun and draw you home, freeing your grandmother. 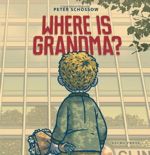 Perry’s mother and father are busy people … they’re impatient, they’re tired, they get cross easily. And they think that only children, like Perry, should be kept busy. On Saturday mornings Perry and her father visit her gran, Honora Lee, at the Santa Lucia rest home, but Gran never remembers them. ‘Who is that man?’ Honora Lee asks when Perry’s father leaves the room. After movement class is abruptly cancelled, Perry is allowed to go to Santa Lucia on Thursday afternoons. She discovers her Gran has an unconventional interest in the alphabet, so Perry decides to make an alphabet book with the help of Honora and the others.

Welcome to Tia Lola’s bed-and-breakfast! With the help of her niece and nephew and the three Sword sisters, Tia Lola is opening the doors of Colonel Charlesbois’s grand old Vermont house to visitors from far and near. But Tia Lola and the children soon realize that running a B & B isn’t as easy as they had initially thought–especially when it appears that someone is out to sabotage them!  Will Tia Lola and the kids discover who’s behind the plot to make their B & B fail? And will Tia Lola’s family and friends be able to plan her surprise birthday party in her own B & B without her finding out?

For centuries, Blackhope Tower has been shrouded in intrigue, centering on a labyrinth and painting in the Mariner’s Chamber. When fourteen-year-old Sunni Forrest visits the tower and sees her stepbrother, Dean, disappear, seemingly into the painting itself, she must find him and risk being drawn into the heart of the Blackhope enigma. 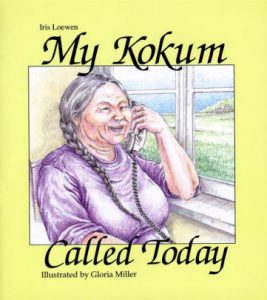 A telephone call from her grandmother has a young native girl in the city looking forward to visiting the reserve. In gentle, joyous ways we see how women — especially grandmothers — are often the spiritual glue when families are separated by long miles.

A girl’s imagination transports polio-afflicted kids into a fantastic world.The spring of 1955 tests Laurie Valentine’s gifts as a storyteller. After her friend Dickie contracts polio and finds himself confined to an iron lung, Laurie visits him in the hospital. There she meets Carolyn and Chip, two other kids trapped inside the breathing machines. Laurie’s first impulse is to flee, but Dickie begs her to tell them a story. And so Laurie begins her tale of Collosso, a rampaging giant, and Jimmy, a tiny boy whose destiny is to become a slayer of giants.As Laurie embellishes her tale with gnomes, unicorns, gryphons, and other fanciful creatures, Dickie comes to believe that he is a character in her story. Little by little Carolyn, Chip, and other kids who come to listen, recognize counterparts as well. Laurie’s tale is so powerful that when she’s prevented from continuing it, Dickie, Carolyn, and Chip take turns as narrators. Each helps bring the story of Collosso and Jimmy to an end—changing the lives of those in the polio ward in startling ways.