In southeastern Nigeria, twelve-year-old Mnamdi is determined to avenge his police chief father, who was murdered while triyng to rid the town of criminals, but Nnamdi feels powerless until he receives a magical object which gives him superpowers.

Jason Zhou survives in a divided society where the elite use their wealth to buy longer lives. The rich wear special suits, protecting them from the pollution and viruses that plague the city, while those without suffer illness and early deaths. Frustrated by his city’s corruption and still grieving the loss of his mother who died as a result of it, Zhou is determined to change things, no matter the cost. With the help of his friends, Zhou infiltrates the lives of the wealthy in hopes of destroying the international Jin Corporation from within. Jin Corp not only manufactures the special suits the rich rely on, but they may also be manufacturing the pollution that makes them necessary. Yet the deeper Zhou delves into this new world of excess and wealth, the more muddled his plans become. And against his better judgment, Zhou finds himself falling for Daiyu, the daughter of Jin Corp’s CEO. Can Zhou save his city without compromising who he is, or destroying his own heart?

A heartbreaking episode in history, explained through the story of a young servant girl in the late 1800s. The year is 1882. A young servant girl named Esther disappears from a small Hungarian village. Several Jewish men from the village of Tisza Eszvar face the ‘blood libel’ — the centuries-old calumny that Jews murder Christian children for their blood. A fourteen-year-old Jewish boy named Morris Scharf becomes the star witness of corrupt authorities who coerce him into testifying against his fellow Jews, including his own father, at the trial.

This powerful fictionalized account of one of the last blood libel trial in Europe is told through the eyes of Julie, a friend of the murdered Esther, and a servant at the jail where Morris is imprisoned. Julie is no stranger to suffering herself. An abused child, when her mother dies her alcoholic father separates her from her beloved baby sister. Julie and Morris, bound by the tragedy of the times, become unlikely allies. The novel is based upon a real court case that took place in Hungary in 1883. In Hungary today, the name Morris Scharf has become synonymous with “traitor.”

Wealthy landowner Don Rigol practically owns the town. To expand his coffee plantation, he will lay waste the mountain jungle and the secret valley where the ancient breed of Paso Fino horses roams wild. Best friends Enriquito and Ernestina search for a way to save the ponies, ensure justice at a trumped-up trial, and reclaim the mountain for their people. Magical realism 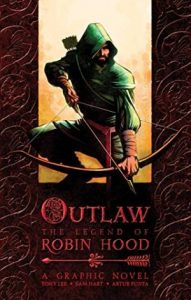 Alexander Cold and Nadia Santos reunite for their final adventure in Isabel Allende’s celebrated trilogy. This time they are heading to the blazing plains of Kenya, where Alex’s grandmother Kate is writing an article about the first elephant-led safaris in Africa. Days into the tour, a Catholic missionary approaches the camp in search of companions who have mysteriously disappeared. As the group investigates, they discover a clan of Pygmies and a harsh world of corruption, slavery and poaching. Alexander and Nadia must trust in the strength of their totemic animal spirits as they launch a spectacular struggle to restore freedom to the Pygmies and return leadership to its rightful hands.

Paul Faustino, known as the best soccer journalist in the business, reluctantly investigates the disappearance of 18-year-old Ricardo, a soccer prodigy known as “El Brujito,” while in alternate chapters a slave in old San Juan becomes a powerful voodoo priest.

Eighteen-year-old Alexander Cold and his grandmother travel to Africa on an elephant-led safari, but discover a corrupt world of poaching and slavery.