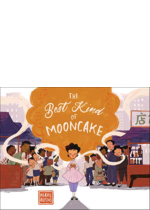 His sayings are repeated throughout the world. His teachings set the course of Chinese society for 2,500 years. But Confucius remains merely a name to many readers, rather than the central figure of world history that he deserves to be. Now award-winning author-illustrator Demi illuminates his life and influence in this elegant biography that will appeal to readers of all ages. Confucius loved books and learning, but he grew up during a time of great suffering and warfare in China. Troubled by the chaos he saw all around him, he devoted his life to reforming his society and government, with ideas about education and leadership that still resonate today. He encouraged everyone — especially rulers — to live moral lives, emphasizing the value of tradition and compassion. And five hundred years before Jesus set forth his Golden Rule, Confucius declared his Golden Mean: Never impose on others what you would not choose for yourself. 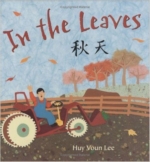 Like any other eight-year-old, Ting has lots to complain about: too much homework, boring lessons, having to live with her annoying cousin. And missing her parents, of course. She’s in China, they’re far away in Canada, and she wishes they would come home right away.

China, 1898. Bands of foreign missionaries and soldiers roam the countryside, bullying and robbing Chinese peasants. Little Bao has had enough. Harnessing the powers of ancient Chinese gods, he recruits an army of Boxers – commoners trained in kung fu who fight to free China from “foreign devils.” Against all odds, this grass-roots rebellion is violently successful. But nothing is simple. Little Bao is fighting for the glory of China, but at what cost? So many are dying, including thousands of “secondary devils” – Chinese citizens who have converted to Christianity. —- Boxers & Saints is an innovative new graphic novel in two volumes – the parallel stories of two young people caught up on opposite sides of a violent rift. 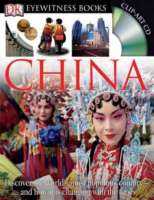 This series introduces young readers to the diverse cultures and peoples of different countries around the world.

Festivals of the World offers a colorful introduction to the festivals and cultures of countries around the world.