Imani is a young Maasi girl with a loving mother and a desire to do something great. When she decides she wants to touch the moon, she works hard to reach her goal, even in the face of teasing from the naysayers around her.

Near a majestic mountain in a vast jungle with many mango trees, it has not rained for weeks and weeks. The village well and pond are dry. Monkey and his friends look everywhere for water, but they have no luck. And then Monkey remembers a story his mama used to tell him, a story about how peacocks can make it rain by dancing. So he sets out to see if the story is true… 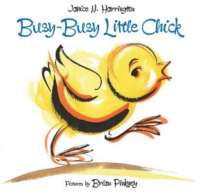 Mama Nsoso knows her chicks need a warm new house, but each day when they set out to collect sticks and mud she is distracted by good things to eat, while Little Chick stays busy gathering the building materials himself.

Lizzie and Karl’s mother is a zoo keeper; the family has become attached to an orphaned elephant named Marlene, who will be destroyed as a precautionary measure so she and the other animals don’t run wild should the zoo be hit by bombs. The family persuades the zoo director to let Marlene stay in their garden instead. When the city is bombed, the family flees with thousands of others, but how can they walk the same route when they have an elephant in tow, and keep themselves safe? Along the way, they meet Peter, a Canadian navigator who risks his own capture to save the family. As Michael Morpurgo writes in an author’s note, An Elephant in the Garden is inspired by historical truths, and by his admiration for elephants, “the noblest and wisest and most sensitive of all creatures.” Here is a story that brings together an unlikely group of survivors whose faith in kindness and love proves the best weapon of all.

Born into a traveling gypsy family, young Django Reinhardt taught himself guitar at an early age. He was soon acclaimed as the “Gypsy Genius” and “Prodigy Boy,” but one day his world changed completely when a fire claimed the use of his fretting hand. Folks said Django would never play again, but with passion and perseverance he was soon setting the world’s concert stages ablaze. Bonnie Christensen’s gorgeous oil paintings and jazzy, syncopated text perfectly depict the man and his music.

In the midst of a fearsome blizzard, a weary traveler seeks refuge from the cold “Good evening, Father, I’m so glad I found you. Would you, by any chance, have a room where I could spend the night?” “Oh,” said the old man. “I’m not the father of the house, You’ll have to ask my father. He’s around back, in the kitchen.” And so the travler is sent on a journey within his journey, arriving at a surprising destination.

Ahoy there! Will this sweet little pirate find his place aboard The Rusty Squid or will he be forced to walk the plank? When Small Saul joins the crew of The Rusty Squid, it doesn’t take long for the other pirates to notice something is very different about this tiny fellow. He was born to sing sea shanties, bake pineapple upside down cakes and redecorate, not to hold a sword and plunder. Being rough and tough just isn’t in his nature. Small Saul learned at Pirate College that pirates only care about three things: their ship, being tough and lots and lots of treasure. Can Small Saul show these ruffians that despite his gentle spirit, he’s worth his weight in gold? With treasure chests of laughs, Small Saul’s high-seas adventure is a light-hearted celebration of individuality, perseverance and being true to one’s self. 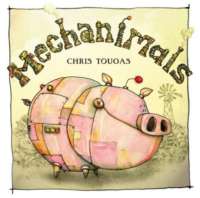 There was a farmer who had lots of animals that got swept away by a tornado. The twister left behind a mountain of scrap metal and machine parts.  When a tornado leaves a farmer with a heap of scrap metal and no animals, his neighbors are sure it’s all over for him. But the determined farmer refuses to admit defeat. His plans are big, and when his neighbors dismiss them with the words, When pigs fly, they grow bigger still. The farmer sets to work to turn that scrap metal into some surprising creatures.