Yared Heywat lives an isolated life in Addis Prime — a hardscrabble city with rundown tech, lots of rules, and not much to do. His worrywart Uncle Moti and bionic lioness Besa are his only family… and his only friends.

In anticipation of their maiden voyage, Seraphin and the Knights of Aether had prepared for everything―except treason. The villainous chamberlain wants to overthrow King Ludwig and claim the electro-aetheric technology for Prussia. The only escape for the king and his companions lies in the frosty skies above Bavaria. The aethership’s first flight is a success, but their respite is short-lived. As long as the chamberlain is free to spread his lies, these travelers will find no safe harbor. To save the king’s throne, they must push the ship even farther―out of the sky . . . and into the stars!

How amazing would it be to have a dad who’s an astronaut? To see him go on rocket launches, live in zero gravity, and fly through space like a superhero? Jamie Drake knows. His dad is orbiting Earth in the International Space Station. Jamie thinks it’s cool, and he’s proud of his dad, but he also really misses him. Hanging out at the local observatory one day, Jamie is surprised when he picks up a strange signal on his phone. Could it be aliens? Are they closer to our planet than anyone realizes? With his dad in space, Jamie feels he has no choice but to investigate on his own. But when something goes wrong with his dad’s mission, Jamie is reminded that space is a dangerous place. He decides it’s time to prove that he’s a hero too.

Astronaut John Herrington shares his passion for space travel and his Chickasaw heritage as he gives children a glimpse into his astronaut training at NASA and his mission to the International Space Station. Learn what it takes to train for space flight, see the tasks he completed in space, and join him on his spacewalk 220 miles above the earth. This unique children s book is illustrated with photos from Herrington’s training and space travel and includes an English-to-Chickasaw vocabulary list with space-related terms.

Sixteen-year-olds Leo and the twins Orion and Libra were born and raised on Moon 2 by teams of astronauts and must now endure the dangerous trip to–and life on–Earth.

Little Pierrot is a young boy with a very large imagination and his head forever in the stars. Joined by his snail buddy, the aptly named Mr. Snail, he sets off to explore the boundaries of space in a series of magical and surreal adventures: first to reach the Moon, and then the Stars.

Sam awakens to see strange vessels gathered in the skies around London. As he stares up, people stream past, walking silently toward the enormous ships, which emit a persistent noise. Only Sam seems immune to the signal. Six months later, he is absolutely alone. Or so he thinks. Because after he emerges from his underground bunker and is wounded by a flying drone, a hail of machine-gun fire ultimately reveals two very important truths: One, Sam is not, in fact, alone. And two, the drone injury should have killed him—but it didn’t.

Ride a rocket to the stars as astronauts go zooming, booming, flying and guiding their way through the solar system. Watch as they make moon landings, explore new terrain, repair a satellite, and more in this exciting early introduction to all things outer space! 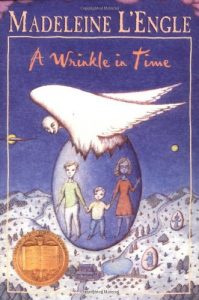 Meg Murry and her friends become involved with unearthly strangers and a search for Meg’s father, who has disappeared while engaged in secret work for the government, in a re-release of the classic story which now includes an essay about the real-life science behind the fantasy. Original.