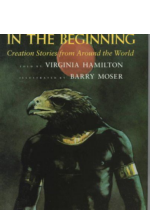 An illustrated collection of twenty-five myths from various parts of the world explaining the creation of the world.

Examines a variety of dolls throughout the world, discussing how they have been used at different times and how they reflect the cultures that created them.

What if you picked out a book to read, but the characters weren’t ready for you yet

Take a peek inside this book and you’ll find some characters (though they’re still a bit sketchy). They’ll be perplexed to see you, so they’ll quickly try to track down their author (who has a lot more work to do). What you won’t find is a story, or a title, because — guess what? The book isn’t finished yet! But surely the author must have a story to tell? In this charming “meta” picture book, children of all ages are encouraged to interact with a book still in the process of being invented. And that’s a story in itself!

According to Santa Ana Pueblo legend, the animals’ spirit Leader created the sun, moon, and stars by using woven yucca mats and hot coals. He selected certain animals to climb from their homes in the Third World up to the Fourth World. The Squirrel, the Rabbit, and the Badger were all allowed to go. The Coyote, however, was forbidden to accompany them because he was always causing trouble and stealing food from the others. Regardless of what he was told, Coyote refused to stay in the Third World. He found a hiding place and waited for a chance to follow the animals to the Fourth World. When the other animals discovered Coyote, they summoned the Leader to the Fourth World to deal with him. Coyote’s punishment is a lesson in what happens to animals, or people, when they refuse to obey instructions. Writing for the younger reader, Emmett ‘Shkeme’ Garcia, a member of the Santa Ana tribe, shares his Pueblo’s story of the beginnings of the stars and constellations. Victoria Pringle’s illustrations provide visual elements that enhance the action of the story. All ages.

A book to share and treasure, this is a true celebration of life. From the highly acclaimed illustrator of The Story of Christmas and Noah’s Ark comes the tale of the Creation, the seven-day genesis of the earth and its inhabitants, as recounted in the King James Version of the Bible. Brilliant full-color pictures reveal each unfolding detail of God’s plan.

In this legend, Yamozha forgets his promise to his wife and as a result she turns into a giant beaver. He follows her all over Denedeh but is unable to catch her. This story tells of how this great medicine man shaped the land in the Tlicho region and its surrounding areas into what it is today.

Twelve classic tales of Latin America celebrate the literature, culture, and history of thirteen countries, including Mexico, Puerto Rico, and Colombia. By the author of Arroz Con Leche. 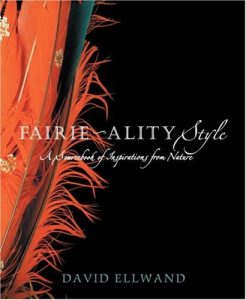 The beauty of these fanciful creations will take your breath away — and inspire you to bring the colors and textures of nature into your own home. Photographer David Ellwand’s eye for natural beauty has brought him international renown. In this stunning new volume, a follow-up to FAIRIE-ALITY: THE FASHION COLLECTION FROM THE HOUSE OF ELLWAND, he uses the same gorgeous array of natural elements — feathers, flowers, stones, shells, and more — to explore the limits of imagination in home design as well as haute couture. Partly an inspirational sourcebook for imaginative DIY projects, partly a showcase of unique fantasy fashion, FAIRIE-ALITY STYLE is an eco-designer’s dream — the ultimate exploration of truly organic materials.

It is two hundred thousand years ago. A small group of children are cut off from their Kin, the Moonhawks, when they are driven from their Good Place by violent strangers. While searching for a new Good Place, they face the parched desert, an active volcano, a canyon flood, man-eating lions, and other Kins they’ve never seen before. These young Moonhawks are brave, clever, and warmhearted, and all three traits are crucial to their survival. Told from four points-of-view, with tales of the Kins’ creation interspersed throughout, this epic novel humanizes early man and illuminates the beginning of language, the development of skills, and the organization of society. Winner of a Printz Honor for The Ropemaker, Peter Dickinson has won most of the major British writing awards (some of them twice). With The Kin, he more than lives up to his honored reputation. 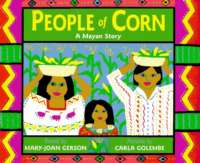 From the time they lived in jungle cities with huge stone pyramids, the Mayan people have believed that corn is the spirit of life. This story tells how the first people on earth were actually made from corn. Beginning in the present-day, this lively story explains how important corn is and has always been to the Mayan people of Central America.