The newest title in the popular Princess Arabella series! Princess Arabella can’t wait to have a younger sibling to play with. But what would be most fun a brother or a sister? Sisters seem great… until Arabella meets Prince Mimoun’s sister.

Wilfred Walrus and Neville Narwhal are the only kids in Miss Blubber’s class who are not seals. Life is tough being the odd ones out – lunchtimes and football matches and school photos all present challenges to the two outliers. And they don’t even like each other very much! 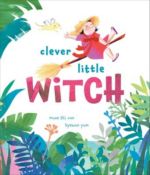 Little Linh, the cleverest witch on Mai Mai Island, has everything she needs plus an impossible little brother, Baby Phu, and she will do anything to get rid of him. 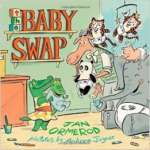 Caroline Crocodile goes to a baby shop to see if she can exchange her drooly brother, but finds that the baby panda is a fussy eater, the baby elephant too squirty and her brother has reason to drool. 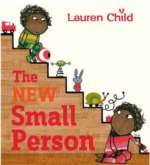 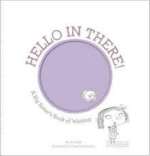 A little girl eagerly awaits her new sibling. She talks to the baby in mama’s belly about cupcakes, strawberries, sailing and swimming; sings songs extra-loud to be sure baby can hear and wonders what her new sibling will look like. The enthusiastic big sister is rendered mostly in black and white, with a large smiling face, upturned nose and a sprinkling of freckles. Each left-hand page depicts a pregnant belly in profile, gradually growing from a small bump until it finally crosses the center line and begins to crowd in on the right-hand page. Each rendering of the belly features a hidden flap under which can be found an adorable baby with closed eyes, a sweet smile and rosy, red cheeks. The flap and the baby it conceals grow bigger as the belly does, until finally, the big day arrives. Big sister waits patiently at home, getting dressed up for the occasion, until mother and father return home and place the little one, eyes wide open now, in big sister’s arms.

What could be more fun for a six-year-old than having your nana and her new husband take you to a theme park? But the fun is spoiled when Nana and Bob announce that they’ve planned a surprise: they are going to be joined by Bob’s granddaughter, Hortense. It turns out to be the worst surprise ever. Nana shares her room with Hortense instead of her disgruntled little grandson. She sings her special good-night song to Hortense. She goes on all the scary rides with Hortense. And, worst of all, Hortense has a special name for Nana.

A perceptive and hilarious exploration of rivalry, there’s a gentle lesson for readers, young and old.

At last, it’s Jasper John Dooley’s turn to be Star of the Week at school. Unfortunately, nothing turns out as planned. His Show and Tell falls flat. A new baby at his friend Ori’s house steals his spotlight. And worst of all, the new baby has only-child Jasper wondering if his own family is too small. When Jasper decides to build himself a brother (named Earl) out of wood, Earl’s schoolyard shenanigans send Jasper to the principal’s office! But with a little help from family and friends, things turn around for Jasper. And by the time Friday arrives, he is once again sure that he has what it takes to be a star. Jasper John Dooley: Star of the Week is the first in a series of chapter books featuring a charismatic and funny central character. An only child with active, loving parents (and a most impressive lint collection), Jasper John Dooley is a true original.

In ancient Mexico, beautiful Maya’s children are endangered by the threat of Senor Tiempo who, jealous of their immortality, plots to destroy them.