Ten-year-old Aniyah and her little brother Noah find themselves living in foster care after the sudden disappearance of their mom, but with her life in disarray, Aniyah knows just one thing for sure–her mom is not gone forever.

In a small fishing village in British Columbia, twelve-year-old Primrose tries to be a matchmaker for her Uncle Jack, befriends Ked, a new foster child, tries to decide if she is willing to go to jail for her convictions, and together with Ked, publishes a cook book to raise money for the Fisherman’s Aid. Includes recipes.

I wanted to roar out. touch things i had never touched. to see if it was true. was i still here was this life still here. on this side. whatever you call it dude. wanted to touch everything like van Gogh touched and smeared everything when he painted. so i wrote it and spoke it. maybe mama would hear me. cuz i could hear her. sayin’ When your heart hurts, sing. wherever you go.

Lucky Z has always lived on the edge—he loved to skateboard, to drag race, to feel alive. But things have taken a turn—he’s living with new foster parents and a tragic past. An accident changed everything. And only his voice will set him free. 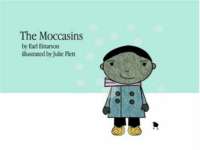 Sticky is a beat-around-the-head foster kid with nowhere to call home but the street, and an outer shell so tough that no one will take him in. He started out life so far behind the pack that the finish line seems nearly unreachable. He’s a white boy living and playing in a world where he doesn’t seem to belong. But Sticky can ball. And basketball might just be his ticket out . . . if he can only realize that he doesn’t have to be the person everyone else expects him to be. A breakout urban masterpiece by newcomer Matt de la Peña, Ball Don’t Lie takes place where the street and the court meet and where a boy can be anything if he puts his mind to it.

Jewel is shuttled from one foster home to another. But Jewel wasn’t always a “State Kid.” Her mother Angela’s constant search for happiness through a steady stream of unsavory boyfriends leads to the state’s intervention in Jewel’s life. Listening to her new foster mother’s list of “nos”—no drugs, no lying, no stealing, no skipping school, no boys in or out of the house, no being late—Jewel realizes that her mother said “yes” a lot. Probably too much. She remembers saving Angela’s life when one of many boyfriends beat her, trying to hide another boyfriend’s attempts to rape her when she was fourteen, and being sent to a foster home to please the latest boyfriend. But still, Jewel worries about her mother and knows that she will once again pick up the pieces when the latest jerk leaves. Bit by bit Jewel’s life begins to change for the better after her latest move to a new foster home and school. Although most people can’t see past her tough “State Kid” façade—spray-painted hair, heavy make-up, ripped clothing and unlaced shoes—her English teacher realizes there’s more to her then meets the eye. He convinces Jewel to tutor a fellow student who needs help with math, and gradually she learns how to make friends. In the process, she touches the lives of many people around her, including her social worker, teachers who believe in her, her new-found, tentative friends, and even their parents. But when she’s forced to choose between her life-long job—taking care of her mother”—and doing what’s right for herself, old habits and loyalties are hard to break. Jewel is sure that this time, she can save her mom. But will she be able to save herself? 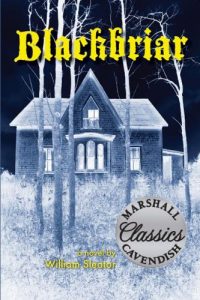 Danny can feel something sinister about his new home, Blackbriar, an old, abandoned cottage in the English countryside. The residents of a nearby town refuse to speak of the house and can barely look Danny in the eyes. Then Danny begins to have strange dreams of fires and witches, and awakes to shrieks of laughter that seem to come from another time and place.With help from his friend, Lark, Danny begins to unravel the mysteries of Blackbriar and its frightening past,through the discovery of an ancient doll and a chilling list of names and dates carved on the cellar door. But what might be most terrifying of all is the mystery that does not lie in the past but in the here and now. . . .

A biography of the early years of biracial sculptor/designer/landscape architect Isamu Noguchi, focusing on his childhood in Japan and the building of an east-west house that fostered his artistic inclinations and later gave shape to his lifelong creative approach.

Once Cadel was going to take over the world. Now he’s stuck in foster care.

After four different foster placements, Min is back at Children’s Aid a week before Christmas. She has no family, no birthday, no idea of where she came from. Then Jess Hart, a former Children’s Aid doctor who sees past Min’s hardened shell, decides to take Min home for the holidays. Has Min found her place at last?