Sharkey is a Sunker–he was born on a fortunate tide, and everyone in the giant submersible Rampart knows it. The trouble is his life is based on a lie. He’s been a fake hero for years, but when tragedy strikes, he must become a real one. And he has no idea how to go about it.

When the former Baron Morgarath escaped to avoid punishment for treason, an uneasy peace fell on Araluen. But Morgarath, now in hiding, is already planning his next move, recruiting an army of savage, overpowering beasts known as Wargals. Newly crowned King Duncan knows he must assemble his troops for battle.

To protect her village from a giant, Greta recruits a champion: Hercufleas! He may be tiny, but this young flea is certain he’s destined for greatness. Being a hero is harder than it seems, though, and Hercufleas and Greta face unexpected choices and consequences in their desperate attempts to save the village, and each other.

Claude and his best friend, Sir Bobblysock (who is both a sock and very bobbly), go to the city for the very first time. They have tea in a cafe, go shopping, and visit a museum. It’s a delightful but ordinary day, until Claude accidentally foils a robbery, then heals a whole waiting room full of patients.

Master French cartoonist Yvan Pommaux introduces a wealth of historically accurate details that immerse readers in the context and culture of ancient Greece. The story is supplemented with character cards, maps, mazes, and an index of cited names that will keep readers coming back for more!

The once highly in-demand detective Alan Knightley has just woken up after an unexplained incident kept him asleep for four years. While he was out cold, his son, Darkus, took it upon himself to read of all his dad’s old cases, and he’s learned a lot about the art of detection. It’s a good thing too—because suddenly the duo find themselves caught up in a crazy conspiracy that involves a group of villainous masterminds (who keep appearing and then vanishing), some high-speed car chases (that will have everyone fastening their seat belts), and a national, bestselling book with the power to make people do terrible, terrible things. But because Alan is still suffering the effects of his coma, he tends to, well, fall asleep at the worst possible moments, Meaning that young Darkus might just have to solve this mystery by himself.

Ophelia, a timid eleven-year-old girl grieving her mother, suspends her disbelief in things non-scientific when a boy locked in the museum where her father is working asks her to help him complete an age-old mission. 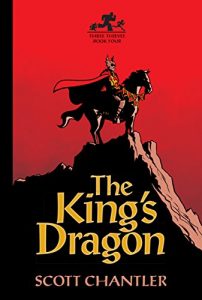 In this fourth installment of the Three Thieves fantasy adventure series of graphic novels, Captain Drake’s quest to find Dessa, Topper and Fisk has led him to a remote healing monastery where he believes they have gone to tend Dessa’s broken leg. While pursuing his quarry, Captain Drake finds himself beset by memories of his early days as a young and idealistic knight in King Roderick’s service