When the brothers Yankel and Josef keep their promise to their dying father by sharing with one another, they cause the angels in heaven to weep with joy. A retelling of a story found in the Talmud. 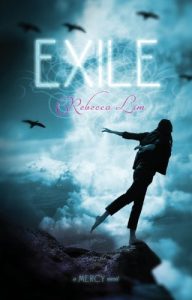 Exiled angel Mercy “wakes” as unhappy teen Lela, who cares for her dying mother but never herself, and as Mercy begins to remember Ryan, the boy she fell in love with in another life, and Luc, the angel haunting her dreams, she must decide whether to risk Lela’s life to gain her heart’s desire.

Explains how a botched mission by two angels created the town of fools known as Chelm.

Because forty days before a baby is born the angels in heaven decide whom it will marry, nothing prevents the wedding of Leah and Chonon from taking place.

Three angels are sent down to bring good to the world: Gabriel, the warrior; Ivy, the healer; and Bethany, a teenage girl who is the least experienced of the trio. But she is the most human, and when she is romantically drawn to a mortal boy, the angels fear she will not be strong enough to save anyone’ especially herself’from the Dark Forces. Is love a great enough power against evil? Here is the start of a stunning trilogy; the story continues in Hades (Fall 2011) and Heaven (Fall 2012). 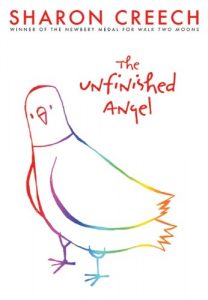 Peoples are strange! The things they are doing and saying—sometimes they make no sense. Did their brains fall out of their heads? And why so much saying, so much talking all the time day and night, all those words spilling out of those mouths? Why so much? Why don’t they be quiet? In the ancient stone tower of the Casa Rosa, in a tiny village high in the Swiss Alps, life for one angel has been the same, well, for as long as she (or he?) can remember. Until Zola arrives, a determined American girl who wears three skirts all at once. For neighbors who have been longtime enemies, children who have been lost, and villagers who have been sleepily living their lives: hold on. Zola and the angel are about to collide. Figs start flying, dogs start arfing, and the whole village begins to wake up. Zola is a girl with a mission. And our angel has been without one—till now. This hilarious and endearing novel by Newbery Medal winner Sharon Creech reminds us that magic is found in the most ordinary acts of kindness.

Freya’s intense passion for angels led her into years of mental illness. Now, just when she’s starting to believe she’s normal again, a dark angel starts to follow her. Soon she learns a stunning truth: She is an angel herself. And an angel’s job is nothing like she imagined it would be…

A unique collection of contemporary Latin American stories. These tales represent a variety of countries and a wide range of voices. This anthology is a superb medley of Latin Anerica’s diverse cultures and literatures.

Reunited with her long-lost twin brother, twelve-year-old Gemma constantly tests the boundaries of acceptable behavior while relying on angels to help her connect with her new family.

As part of the series Cultures of the World, this title covers the geography, history, government, economy, environment, peoples, arts, cultures and languages of the country of Tajikistan.