Ramsey dons his superhero cape to rescue Grandma from the huge octopus she is trying to cook–or is he simply telling a story? Includes author’s note on the story’s origin and a recipe for Octopus stew.

For an entire school year, Oscar the ant and Bill the octopus send letters to each other as part of a school project. Oscar loves table tennis, and Bill loves modelling clay. Oscar does judo, while Bill has a garden. Despite their differences, the two new friends find shared interests… all leading up to one final surprise!

Flora is playing with her brothers and sisters by the loch when she notices a stunning white horse. While her siblings clamour for a chance to ride the beautiful animal, Flora is worried.

In this gently told picture book, a young girl is unhappy about having to leave the city for a family vacation on the Pacific Ocean (which she used to call the Specific Ocean). As the days pass, however, she is drawn to spend more time in and near the water, feeling moved by its beauty and rhythms. By the end of the vacation, the girl has grown to love the ocean and now feels reluctant to leave it behind. But as she soon realizes, it doesn’t ever have to leave her. 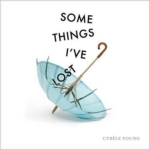 An introduction describing the frustration we feel when we lose something is followed by a catalogue of misplaced objects. Each item is shown first in its original form and then, through a series of gatefold spreads, is shown in the process of transforming into a marvelous and mysterious sea creature. At the very end of the book, we see these transformed objects in their new, watery habitat, a conclusion which will leave readers astonished by the distance they — like the lost objects themselves — have travelled.

With three hearts and blue blood, its gelatinous body unconstrained by jointed limbs or gravity, the octopus seems to be an alien, an inhabitant of another world. It’s baggy, boneless body sprouts eight arms covered with thousands of suckers—suckers that can taste as well as feel. The octopus also has the powers of a superhero: it can shape-shift, change color, squirt ink, pour itself through the tiniest of openings, or jet away through the sea faster than a swimmer can follow.

The second volume includes “The Beginning of the Armadilloes,” “How the First Letter Was Written,” “How the Alphabet Was Made,” The Crab That Played with the Sea,” “The Cat That Walked by Himself” and “The Butterfly That Stamped.” The first edition of Just So Stories was published in Great Britain in 1902, along with black-and-white illustrations by Kipling himself. The stories have remained in print ever since, delighting young readers in many countries. This new edition, published more than 110 years after the original, has been edited to remove a few references now understood to be offensive.

Ferguson is trying to help his grandfather figure out his legacy. His grandfather doesn’t want to have any regrets, like his old friend McDermit, who famously caught a giant lobster but regretted not returning it to sea. So when another giant lobster is caught in their fishing community and put up for auction, Ferguson cooks up a plan with his grandfather to bid on the lobster and set it free.

It’s almost time for supper, and Alego goes with her grandmother to the shore to collect clams. Along the way, the girl discovers tide pools brimming with life — a bright orange starfish, a creepy crawly ugjurnaq, sea snails, and a sculpin. A rising star of the famed Cape Breton Inuit art scene, author and illustrator Ningeokuluk Teevee draws on her own childhood experiences in the Arctic for this enchanting introduction to the life of an Inuit girl and her world. Printed in both Inuktitut and English, the book includes an illustrated glossary of the sea creatures in the story as well as a map of Baffin Island.