A boy and his mother refuse to identify themselves as American or Canadian at the border and become caught in the limbo between nations when they claim their citizenship as Blackfoot.

Borders is a WOW Recommends: Book of the Month for January 2022.

As an adult, Benjamin Dove looks back on a childhood summer that changed his life forever. A summer when his new friend Roland, seemingly descended from the knights of the past, encouraged him to stand up for himself and for those he loves. It was a summer when he and his friends formed the Order of the Red Dragon that gave them a sense of identity and purpose in their turbulent world; a summer when innocent childhood games were torn apart by an almost inevitable tragedy. Benjamin Dove is a brilliantly conceived work of fiction, tinged with both light and dark humor. Disturbing themes are explored, from bullying to child abuse to rivalry, yet there is always a sense of a child’s unbreakable spirit. Published to acclaim in 1992, Benjamin Dove has won several book awards, including the International Board on Books for Young People Award (the IBBY), The Icelandic Children’s Book Award, and the Reykjavik City Children’s Book Award. It has also been made into a feature length film of the same name, that went on to win awards at eight international film festivals. Benjamin Dove is a timeless story that explores such perennial and poignant themes that it is sure to become a modern-day classic. The New York Times calls it a “best-selling, distinguished children’s book.”

A very small boy called Doup once came with the Crow-girl to make his home in Crow Cave, a tine community nestled by the sea.  Now he has grown and is ready to leave behind childish things: he reclaims his birth name, Alek, and travels away from Crow Cove to the fishing village of Last Harbor to visit his older brother.  One night, Alek awakens from a deep sleep to see two points of light at the end of the beach, where all should be dark.  When he investigates, he witnesses a terrible crime:  shipwreckers have lured a boat to crash upon the rocky shore and are in the process of killing all the survivors.  He is not the only witness.  A beautiful girl has escaped…at least for now.  Alek must keep her safe while waiting for the chance to bring the murders to justice.  Dramatic, poignant, and moving, this is the final book in the much-acclaimed Children of Crow Cove series. 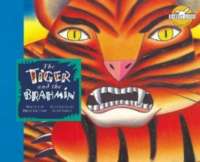 A Brahmin deceived by a hungry tiger is saved by a lowly jackal and encounters a lesson he has never found in his holy books.

Using his amazing swallowing ability, a rooster foils the evil plans of a greedy nobleman and brings back riches to his poor master.

The Arthurian legend springs to life in another powerhouse graphic novel from the creators of OUTLAW: THE LEGEND OF ROBIN HOOD. Arthur Pendragon was raised in obscurity, but fate will not leave him to the shadows. In a moment of desperate need, he draws a legendary sword from its stonebed and commences the life he was born to lead. A series of adventures sparked by the elusive wizard Merlin launches Arthur through love and betrayal, domination and defeat, and toward the prophesied end awaiting him. Merging a faithful retelling with dynamic illustrations, EXCALIBUR invites long-time fans to relive the legend and those new to the story to experience it up close in a vivid graphic adventure. 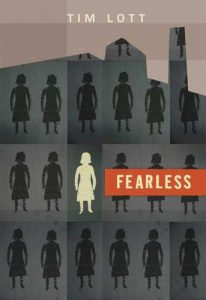 A Whitbread Award-winning novelist tells a chilling dystopian tale about a heroic girl prepared to risk everything in the pursuit of justice.In the not-too-distant future, the world is safe from terrorists, the streets are clean, and girls labeled “juvies” or “mindcrips” have been hidden away behind the smartly painted exterior of the City Community Faith School. Their birth names are forgotten and replaced with a letter and number, but they give each other nicknames like Tattle or Stench or Little Fearless. As they slave away at chores, Little Fearless, who is actually the bravest girl in the school, tells the other girls stories, stories about the day their families will return for them. Little Fearless’s own hope and conviction spur her on a dangerous adventure — a bold and unthinkable plan that will either save the imprisoned girls or mean the end of Little Fearless herself, or both.

Nelson Mandela’s autobiography offers a glimpse into the mind of a great leader, admired across the globe for his dedication to the struggles against apartheid in South Africa. Now the youngest readers can discover the remarkable story of Mandela’s long walk from ordinary village boy, to his dynamic leadership of the African National Congress, to his many long years in prison–and, at last, his freedom and astonishing rise to become the leader of his country.